Bit of this
Still as fleet of foot as ever, he shows me a video of himself doing salsa, he closes the door not to annoy his long suffering wife who "has seen it countless times before". Next the art comes out, and then photo's of himself canoeing. He has only invited me around to show off, I don't care I am impressed and heartened to think himself at 81 is still up and at 'em.
The chelsea tractors back window invites fingers doodling it is so mucky.
Hearts are racing, whippets in excitement of an imminent catch, rabbits as he squeals in fright, and mine as I pound after the bugger to change his trajectory. Mission accomplished, rabbit lives to tell the tale.
Bit of this
The latest in sending information
Posted by den at 06:11 No comments:

Bit of this
Brown, questioning eyes, look up from the river below, while he waits patiently for his owner to throw the stick again. No look of reproach or disappointment clouds them just excited expectation. He has waited rather a long time while she gossips too.
Lenny Henry, says to get into character you start with the shoes. Now there's a thought, who shall I be tomorrow?
White fragrant flowers bow their heads on long stalks, an unexpected delight. I only wish I knew what the heck the bulbs were called.
Bit of that
Look what I found
Posted by den at 12:25 1 comment:

Bit of this
Addiction to Worthers Originals keep me panting up the hill, after the yellow ruck sack. I feel like the proverbial donkey after the carrot. Oh the disappointment he has ones with soft centers. YUK. A consolation prize is required in the form of coffee and dunked mars bar. YUM.
Mistletoe hangs like large Christmas baubles prettying up a solitary tree.
Someone has painted every brick on the front of the house cardinal red. Instantly bringing memories of a small piece of floor, mother on her hands and knees applying red polish. Strange no one else ever has a splash of red on their floor.
Bit of that
Enjoy the music if nothing else.
Posted by den at 12:34 No comments:

Bit of this
The boys girl friend is a breath of fresh air with her chatter and sparkle. "he won't eat vegetables, tell him" she tuts.
We all enjoy pub grub and I enjoy the company.
Whippet hangs his head in humiliation as a strange man lifts him over the fence. I have no sympathy he had just refused to scrabble through a hole in the fence that his much larger friend negotiated.
Bit of that
Be prepared
By Alastair Jamieson

There are around 600 species of spider in Britain Photo: GETTY

Experts say the mild summer, which was warmer than recent years, is likely to have boosted the number of spiders, which traditionally head indoors at this time of year.

Bit of this
If I were three years old, I would put the plug in the sink, leave the tap on, just to see what would happen too.
The gatehouse girls are having an at home, 3 of their feathered friends have breezed in through the open door, and are helping themselves to tasty tit bits that are on offer.
I am off the footpath when the lord of the manor trots by in his carriage. Am amazed that I don't get thrown off. So I push my luck and explore further.
Bit of this
Apply here if you feel the need.
PS ours is a proper job.
Posted by den at 12:25 No comments:

Bit of this
We follow the sign pointing "this way to the angel", through the narrowest of gaps between church and farm building. There she is high above us. Serene and unconcerned, what stories she could weave if magiced into being.
The river Severn is a stones throw way, and we walk to Haws bridge where the pub dispenses fizzy coke to refresh and re-fuel us. The sign on the low beam says"Duck or Grouse". I duck.
Whippet is walked at dusk. Remnants of disgusting rabbit are treasured while I lean over the bridge watching for my poo stick to appear, the wheep of a kingfisher precedes the dart of color skimming up and over the bridge.
Bit of that
Deerhurst
Posted by den at 09:09 1 comment:

Bit of this
He swoops low over the fields, scattering pigeons, arcing up to speed away. Exerting his buzardness and lording it over all he surveys.
A mother should not buy underwear for a son's birthday. This I know and choose to ignore, as the vision of him sat on his new sofa, after ditching work cloths, in nothing but his ancient undies springs to mind.
The copper is whipped out pulling my chin and neck into line. Fingers massage my shoulders and he makes me 2 toe rings "to aid sleep". For 4 blissful hours I have limited pain.
Bit of that
I remember it well.
Posted by den at 10:41 2 comments:

Bit of this
The work experience lad wants to be an apprentice carpenter but is scarred of going up a ladder. However he overcomes this by being bossed around by man about the building site. And by the end of the week is climbing up scaffolding.
A first, a squirrel in the garden. Now it has found it's way I wonder if it will re-visit.
She has a chunk of someone's beautiful blond hair in one hand and and a pair of blue scissors in the other. Her cutting out skills are excellent! They are pretending to be hairdressers. I am pretending to be calm and not shout "NO" from across a huge room.
Bit of that
Hair
Posted by den at 11:07 1 comment:

Bit of this
Unexpected knock at the door. Farmer Rex clutching a walking stick adorned with a whippet's head, that Len unexpectedly made for man about house.
Len, one wonderful workman who befriended me and whippet, when he and his gang were tarting up the parish church.
They are throwing sand indiscriminately around, I invite them to shovel it into the largest bucket I can find instead, so they decide to make a birthday cake, it takes ages to fill and they forget about throwing sand and sore eyes are avoided. The rest of the morning is spent scooping it all out again. All our totally absorbed and chat together while they work.
Bit of that
carving
Posted by den at 12:50 No comments:

Bit of this
Friday.
Village hall hosts the church players or Barbara's band as I call them. Who have been taking the village by yawns and storms for over 18 years. This show was a hugely entertaining array of war time bits and skits. Added interest provided by noting how body shapes have changed over the years. I am desperate to capture these costumes on film especally B H in her old fashioned wheel chair.
Saturday
He wants to go to Hunstanton for the day and sulks terribly when I stick out for somewhere nearer. Upton Upon Servern is settled on. I must be looking particularly ghastly because one man tells me to smile shortly followed by one who actually stops and asks if I am alright. He however can be forgiven because I am sat on the kerb littering up the pavement. Cheer comes in the form of lunch in an old fashioned cafe with hundres of ornimental bells adorning the joint. You have guessed it was called the bell.
Half way home and I am ready to shoot myself. But perk up no end when we pour over our newly acquired map and decide we really would like to explore the severn estuary. Diversion and chocolate are a help where pain killers fail.
Sunday
Mork and Mindy are anxious that their second brood will be hail and hearty enough to travel to the winter resort, latter on in the month.
Bit of that
Anonymous
If you are going to walk on thin ice, you might as well dance.
Posted by den at 07:54 1 comment:

Bit of this
Wandering in a world of his own while his carer chats to a friend as they trawl the shopping centre. I hunker down, he is with in feet of me when his face lights up. "I've found you" taking hold of my hand "come with me". I wish I could. This child's zest and enthusiasm would make a fortune should it be bottled.
A laugh out loud moment. Seen on a T-shirt "fat bikers bounce better".
Full moon tonight the gravitational pull is increasing, the pressure is rising, I am told. Time for lots of deep breathing and knitting then. He thinks. I am always more energetic and positive when the moon is full.
Bit of that
throat singing as heard on the ipod.
Posted by den at 13:28 1 comment:

Bit of this
Some children don't turn up, some come that shouldn't have, but a good morning was had by all.
The discovery of xmas cards and official letters dating from 2006 are part of my once in a while trawl from pigeon box at work. What a waste of paper. I refuse to look after the first few bits and bin the lot.
A work of art has appeared outside the stables, in the form of a huge tree trunk that has been tuned into a mounting block. "The medal podium" she says demonstrating each step up. A small dog jumps up to join her on the top "for gold" and she waves her arms in the air triumphantly. It has been recycled from lord of the manor's garden. I tell her in all probability it will be there for years and she should put a plaque on it for posterity. "Um good idea".
Bit of that
things written on bits of paper

Bit of this
The only thing that keeps me calm, while I try to back a display board with my inability to draw a straight line let alone wallpaper something, is classic fm.
Order eventually reigns supreme. Now at least every newcomer has coat peg, milk and coat labels plus an outside peg . Oh and a draw with their name and color symbol on. It will all be worth it when they recognize, their colors, shapes, and names. I am looking forward to connecting faces with names tomorrow.
I work above and beyond and rush home to take self and whippet for a huge dose of much needed fresh air. Getting caught in a down pour that magics a perfect rainbow arcing over the river.
Bit of that
I will if you will
l 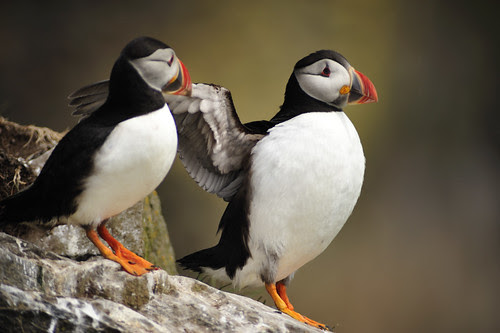